BRUEGEL, A POETIC EXPERIENCE.
An innovative world and mind.

On the occasion of the 450th anniversary of the death of Pieter Bruegel the Elder, the Atomium presents from 18 September 2019 an immersive and interactive exhibition on the famous Renaissance painter. The exhibition Bruegel, a poetic experience presents familiar but also unsuspected aspects of his work and personality.
Produced by Tempora, this exhibition is part of the series devoted to belgitude that have been organized by the Atomium since its reopening in 2006. Symbol of Brussels and Belgium, the Atomium, which attracts two million sightseers and 600,000 visitors a year, has already successfully organized exhibitions on the former national Belgian airline Sabena and on the Belgian surrealist painter René Magritte.
The two-storey exhibition features immersive and interactive installations that plunge visitors into the heart of Bruegel’s world through large reproductions of his works.
On the lower floor, a pop-up installation stages five paintings from the famous Six Seasons series in a three-dimensional scenography that gives visitors the impression of walking through the famous landscapes. Explanatory panels invite the public to discover four innovative facets of Bruegel’s work. For instance, visitors will learn that the painter broke new ground in the fields of composition and rhythm, among others through the use of a bird’s-eye view and the division of his paintings into successive planes, which creates a fascinating depth of field. The installation also shows that Bruegel stood out through his prodigious attention to detail and a humorous use of images.
On the upper floor, the exhibition dwells on Bruegel’s personality. Although few details of his biography are known to us, his works contain precious clues about the man and the painter.
Starting off with his notability as a painter of peasant life, most often associated with his famous painting The Peasant Wedding. Among his contemporaries, Bruegel was moreover known as the second Jeroen Bosch. But this exhibition demonstrates how he was able to distinguish himself from his model, for example by including in his Fall of the Rebel Angels animals from the recently discovered New World that were unknown to Bosch, who had died half a century earlier.
A third and often forgotten characteristic of Bruegel is his humanism, which is recognizable in the subjects of his paintings. Lastly, the exhibition reveals a rather surprising aspect of Bruegel’s personality: before he became a famous painter, he was mainly known as an engraving designer. Indeed, the recent invention of printing had facilitated the diffusion of his creations throughout Europe.

The exhibition Bruegel, a poetic experience will run until September 2020 and is included in the visit of the Atomium, as is the exhibition covering the history of the monument.

This exhibition is situated on levels 3 & 4 of the Atomium (temporary exhibitions Sphere).

The access to the temporary exhibition is part of the visit of the Atomium and as a consequence there will be no extra costs. 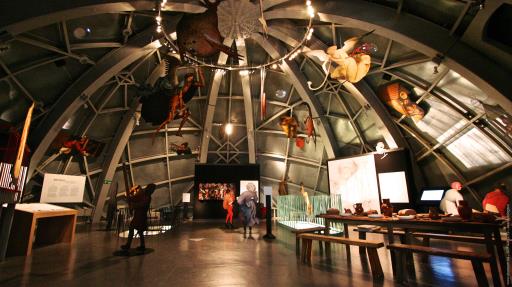 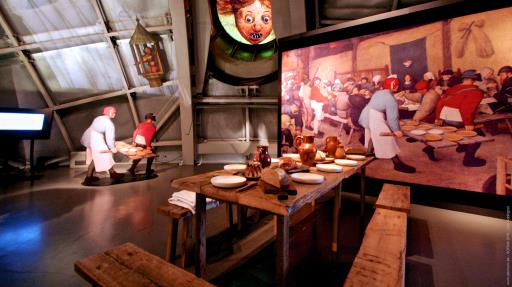 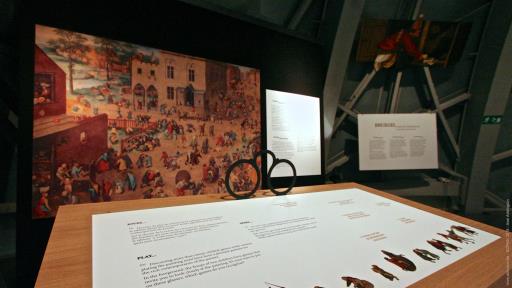 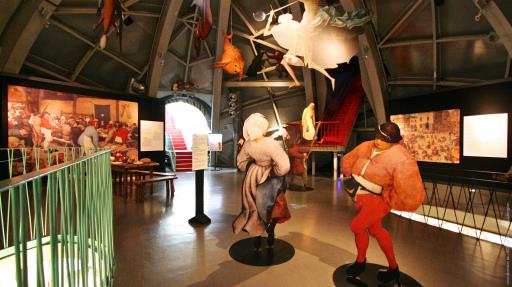 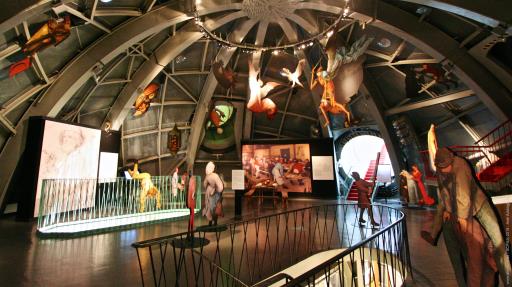 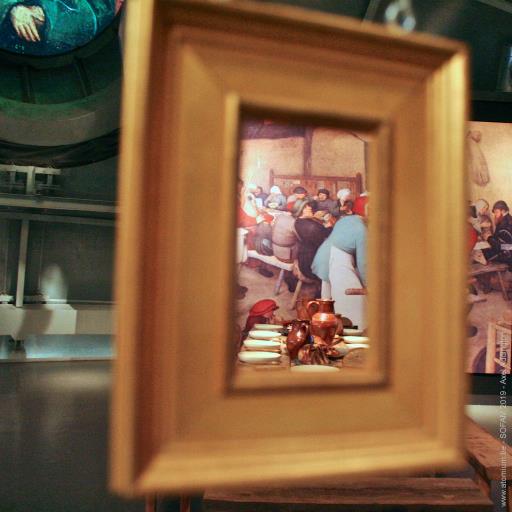 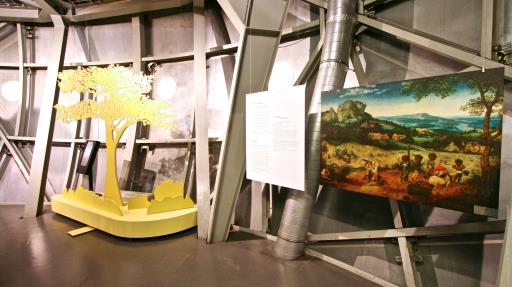 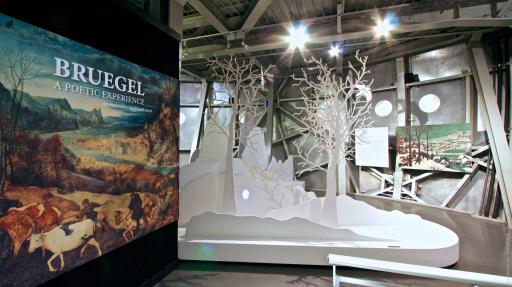